Statistics Canada Annual For-hire Trucking Survey, 2019 wrote:
In 2019, just over 134,000 for-hire trucking companies were active in Canada. These companies generated $67.8 billion in operating revenue from trucking and related services, while their operating expenses totalled $59.8 billion. As a result, the operating profits of these companies stood at $7.9 billion.
the Conference Board of Canada wrote... wrote:
At the national level, the industry requirement for drivers is expected to increase by 17 per cent, or nearly 30,000 drivers. In percentage terms, demand growth is expected to be strongest in Ontario and Alberta.
Statistics Canada Analysis of the Transportation Industry wrote:

Employment in trucking has been on the rise

"The trucking industry, the largest mode of commercial transportation in terms of contribution to GDP, did well last year. For-hire trucking companies increased their profit margins in spite of rising fuel costs. The growth in trucking was largely due to increased trade within Canada." 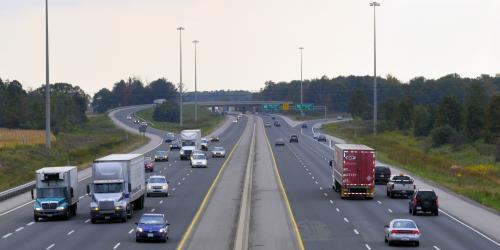 "Over the last decade, trucking experienced an average annual growth of 5.2%, a faster rate than the 3.4% gain for the overall economy. In 2005, output in trucking increased 4.4%, a slight slowdown from the year before. Trucking is a large consumer of energy, so rising fuel prices have created some concern, although overall profitability for the industry has remained positive. The number of jobs in the trucking industry has shown steady growth over the past several years."

"Employment of truck drivers reached 277,300 in 2005, or the biggest part of the total in transportation. Employment in trucking has been on the rise steadily for a number of years."